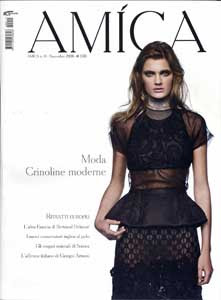 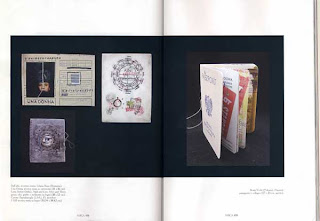 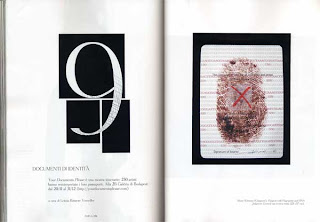 “We are pleased to announce the publication of images from “Your
Documents Please” in the November issue of the Italian fashion
Magazine “Amica”. Works by Akane Kirimura, Liliana Rusu, Luisa
Sartori, Corrine Bayraktaroglu, and Beata Wehr were reproduced.

After a snafu that held it in customs for a week or two, the
“documents” are in Budapest, thanks to Mitsuo Toshida and László Böröcz.

As always, the on-line catalogue, schedule and other information
is available at http://yourdocumentsplease.com .

Best Regards To All,
Daniel”

August 11 – August 16 Galerie Paris ( http://galerieparis.net/ ) 1
block from ZAIM will make more exhibition space available so that all works in the exhibition will be on view.

A symposium with participating artists, Ichi Ikeda, Choi Song Gyu, and Mitsuo Toshida will take place on the evening of the Aug. 2 opening at ZAIM. For further information in Japanese, see the attachment.

As always, the catalog and schedule are available at:
http://yourdocumentsplease.com/